One year to go: DPAs are sharpening their blades

GDPR.be > Uncategorized > One year to go: DPAs are sharpening their blades

One year to go: DPAs are sharpening their blades 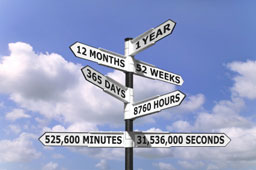 Could you hear the clock ticking? As of today – companies have only one year to finalise their preparations for the GDPR implementation. Meanwhile several Data Protection Authorities across Europe are already practicing their bite on Facebook.

Luckily enough for the social network site, DPAs haven’t got their sharpest teeth quite yet. By now, most of us are aware that non-compliant organisations will face fines of up to 4% of global turnover once the GDPR is finally in full force. For Facebook, this could mean potentially coughing up a whopping one billion euros. Right now, the damage is limited to a measly 150k, the French DPA’s maximum fine.

But even now, more might still follow. After all, the 150k fine was imposed by the French watchdog, CNIL, while proceedings in Belgium, the Netherlands, Germany and Spain are still ongoing. Collectively called the Contact Group, these DPAs have chosen to cooperate in their effort to scrutinise Facebook. To go over each of their investigations briefly:

The CNIL mainly observed that:

The Privacy Commission has decided to take Facebook to court, where pleadings will begin on the 12th of October.

The Hamburg DPA has issued two different orders against Facebook:

Incidentally and not entirely unrelated, Facebook incurred the considerable fine of 110 million euros earlier this week. This time, the fine was the result of Facebook falsely alleging that it was incapable of matching Facebook and WhatsApp identities during their 2014 merger process.

While the 150k fine may seem like a silly excuse for a slap on the wrist to a gargantuan like Facebook, the brave efforts of five DPAs should not be underestimated. The thorough investigations have resulted in substantial reports, establishing various points of non-compliance. Now, Facebook has been given a year to get in line. We, for one, expect them to take this seriously, because the bite from the freshly sharpened teeth will be painful.

Will a new e-Privacy Regulation clip the wings of the GDPR?